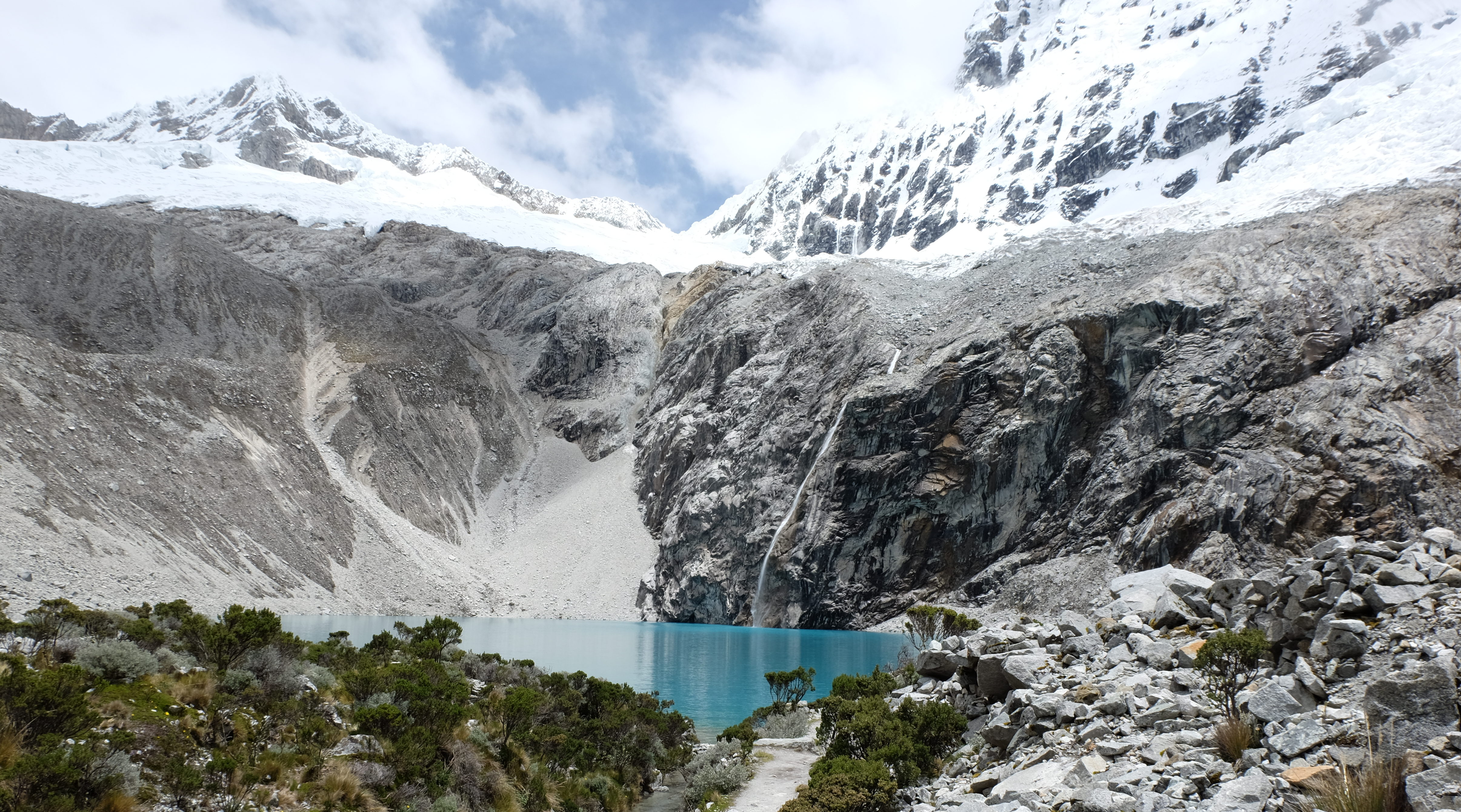 In Peru’s desert, ripe blueberries are blooming in the sand. Its mountain communities, however, are living under a ticking time bomb as the threat of glacial lake flooding looms from uphill. With the climate spinning out of control, the impact of the melting ice is palpable across the country. But what will happen when most of these finite glacial resources have disappeared?

The predictions of a new report by the UNESCO are deeply alarming. Lower-altitude glaciers of the tropical Andes could lose up to 97% of their volume by the end of the century, concludes the analysis that was just presented at the COP24 in Poland. Yet millions of people in the region depend on melt water for their water supply. Peru, the Latin American country that has the largest number of tropical glaciers on the continent, is particularly affected.

The city of Huaraz lies at the foot of the majestic Cordillera Blanca, Peru’s largest glacier system that extends for 200 km in the central northern region. Tourists from all over the world flock to what travel blogs call an “epicentre for adrenaline fueled activities” for hiking and mountain climbing – or for some tropical residents, for their first ever encounter with snow.

Yet a cynic observer could remark that the city’s 120.000 inhabitants have to live with far more adrenaline than one would ask for. “One hour and twelve minutes: A massive destruction of the city”. The frightening simulation of a flood catastrophe too quick for a mass evacuation is not part of a dystopian movie plot. It is a research project of the University of Texas, USAID and Peru’s Ministry of Environment to prepare against a potential disaster – like the devastating flood in 1942 that destroyed much of the former city. Unfortunately, thanks to the meltwater of the Cordillera’s iconic glaciers, the water level of the lake is now higher than it was then, and 50,000 people are living in the anticipated path of a potential flood wave.

“I would do almost anything to prevent the catastrophe”, said local resident Saúl Luciano Lliuya, who is one of those living in high-risk zone. But solutions are not easy as adaptation and disaster preparedness measures are very expensive for local standards – while the global problem of mitigating climate change remains everything but solved.

However, the story of Huaraz is not a tale of resignation. In 2015, Saúl Lliuya suddenly rose to international fame by being the “David-against-Goliath” figure in a historic lawsuit: “Lliuya v. RWE AG”, a poor farmer and mountain guide from Peru against a polluting energy giant from Germany; and the attempt to produce a precedent case of global climate change regulation pushed forward by the German advocacy organization Germanwatch who initiated and financed the legal proceeding. The case was lost in the first instance, but has been appealed and is still being evaluated at the higher regional court of Hamm in Germany.  The small city of Huaraz has suddenly become an epicentre of the conflicts surrounding the global climate change regime.

There are more reasons why the dramatic white-capped peaks of the Andean Cordilleras matter so much. Mountains can be thought of as the world’s “water towers”, say climate scientists.  In Huaraz, glacial meltwater represents about 67% of total water supply, says the UNESCO report – and during drought years, it can increase to around 90%. And even locations far away from the mountain ranges are affected: Thanks to system of rivers and irrigation canals, fields of aspargus, blueberries or other high-value export crops can be found across Peru’s long stretch of dry, coastal desert. Paradoxically, a looming crisis is precedented by an economic “bonanza” stemming from abundant water to irrigate more than 100,000 acres of new agricultural land. However, the boom will soon be over: Meltwater is declining.

“In years to come, we will be fighting over water”, said a local resident of Huancaquito Alto, one of the towns that mushroomed with the new agricultural possibilities, when speaking to a reporter from the New York Times. The report of the UNESCO contains a similar warning, although phrased slightly more technical: “‘Peak water’ has been reached for many glaciers in the Andes, meaning that meltwater runoff will continue to decrease in the future”. This does not mean that climate change is somehow reversing, on the contrary: A temporary peak in water runoff is a phenomena of continuous retreat of the ice. In addition, many of the smaller glaciers have already melted away. Glacial ice is a precious but finite resource.

The Andean mountain range is undergoing huge climatic changes, and its white mountain ranges are melting from Colombia down to Argentina and Chile. In Venezuela, the last glacier is predicted to disappear by 2021, warns the UNESCO. Protecting this unique ecosystem is not just a matter of nature conservation. Through its impact on water security for millions of people, it will in fact be a matter of survival.