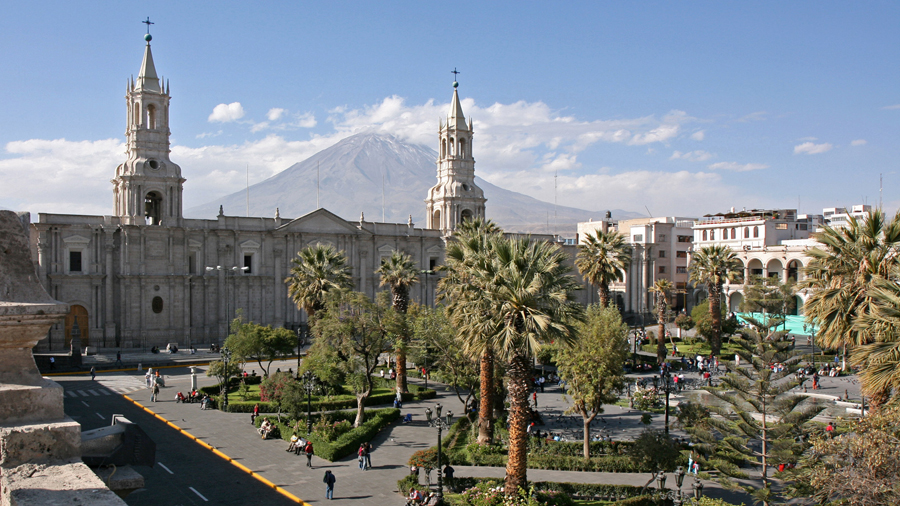 Being surrounded by three volcanoes gives Arequipa a stunning backdrop that could rival any city in the world in terms of beauty. But it also makes it one of the world’s most vulnerable cities, according to a new study.

Findings from Peru’s Institute of Geology, Mining and Extraction (Ingemmet) show that Arequipa ranks third in the world in measurements of vulnerability to volcanic activity. For example, a potential eruption from Misti Volcano could see high levels of ash, rock fall and molten lava quickly reach the city centre. The report further attempts to explain how the small city could prepare for and prevent devastating damage if a nearby volcano does erupt.

The study included a 3D map given to authorities in the region that shows the most dangerous areas in case of an eruption at Misti. This was meant to not only plan for evacuation scenarios but also for future urban planning, as areas shown in red below should be avoided for any further development projects. 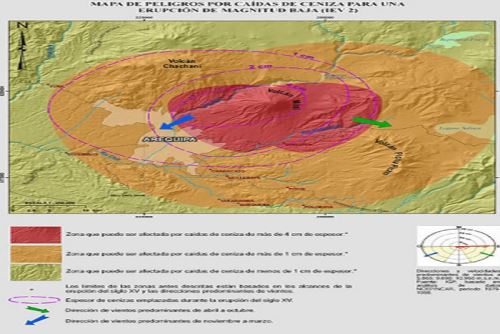 The project was shared with local municipalities, health agencies, and educational institutions like private and public universities.

Unfortunately, existing infrastructure in the colonial-style capital of Arequipa already sits in at-risk zones. These include hospitals, schools, a bus terminal and centres of commerce. The Chili River and some five hydroelectric posts could also be affected in a potential eruption from Misti or the other surrounding volcanoes.

The map study was based off how quickly the city would be affected by volcanic activity.

Misti, which stands at an enormous 5,822 above sea level, last erupted between 1984 and 1985. Currently considered dormant, Misti is just 17 kilometres (about 10 miles) away from the city of Arequipa, which houses over a million people.