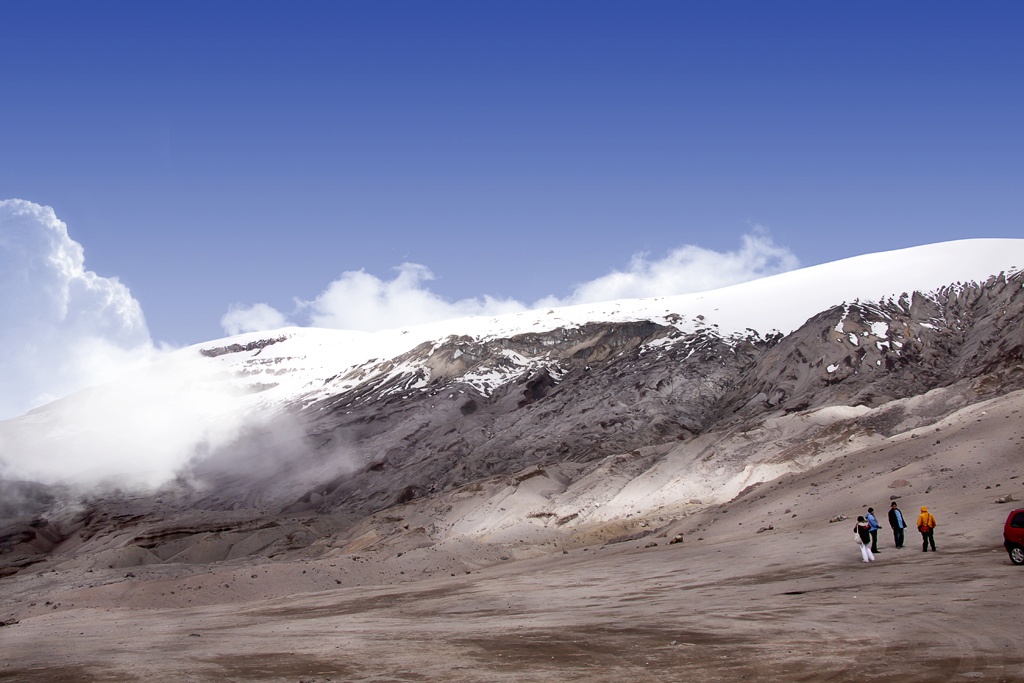 I was nearing 4,000m on the ascent to Colombia’s Cerros Los Nevados when the situation became serious. My trekking partner, delirious from the cold, thinning air had begun to struggle with his balance as we slowly pushed up the volcanic mountainside and I was close to follow. Both seasoned trekkers, it came as a surprise when the hangover of altitude sickness slowly took its grasp leaving me with an overpowering headache and cross vision. To make matters a little more serious we had been trekking for the past 20km on an unused, cliffside trail and I hadn’t seen a car in nearly two days.

It is in the heart of the Caldas region of Colombia, overlooking the city of Manizales that you can find Los Nevados National Park. Nestled high in the Andes, the park is home to a complex of the country’s most active volcanoes as well as a plethora of unusual flora and fauna, steaming hot springs and otherworldly landscapes among the fertile volcanic ground. The vast expansive area is high, incredibly cold and eerily beautiful.

Though some locals had mentioned that the park was accessible alone, Nevado Del Ruiz volcano currently has a Yellow Alert (Level III) is notoriously dangerous and unpredictable due to the glacier at its peak that could result in deadly lahars. With an elevation of over 5,311m, Nevado Del Ruiz towers above the parklands yet remains off-limits to visitors. Its last eruption was in 2016, but many remember the tragedy of 1985 when a volcanic eruption killed 22,000 inhabitants and the neighbouring town of Armero was buried and completely wiped out by mudslides. Located in the Pacific Ring of Fire, the volcano continues to remain a threat to nearby villages and, as a result, you can only enter the park for two hours after paying for a  guide at the park entrance.

Our journey had begun by making our way to Manizales in the Colombian-coffee region. The minibus had weaved in and out of towering hills which, covered in coffee-plants gave for an unusual, futuristic texture to the country image. Out of the rolling valleys suddenly emerged Manizales, home to just over half a million people and a thriving student city widely spread across steep mountainous tops.

It was at dawn the next morning that the adventure truly began with a local bus to the small town of Gallinazo. The single strip through the village is dotted with routes to popular hot springs (termales) throughout the area from vast family-friendly, brightly-lit and out of place commercial resorts to high-end luxury hotel complexes, all warmed by the geothermal activity happening above. Originally starting at 59 degrees, after a journey of 12km down the mountain through pipes the hot water still reaches 42 degrees, the owner of Tierra Viva Hot Springs told me.

It was from the edge of the village, however, at a fork in the road that a single track leads you away from the bright lights, past a sign marking ‘50km until the national park’ and up to the realm of volcanos, waterfalls and ancient cliff formations.

Though relatively well-used, the path laid with volcanic rock, was empty yet the air was warm and the wilderness hummed around us. Steadily creeping upwards, the landscape began to shift from rural farmland to a completely unexplored jungle and the sheer cliff-edges continued to grow around us. Occasionally we’d pass a steaming pipe or bubbling grid which served to remind us of the volcanic activity rushing not too far beneath our feet.

Four hours into the trek the air suddenly shifted from humid to a brisk chill as we neared 3,000m, by which point we had passed countless waterfalls cascading down the cliffs and the clouds began to finally consume us.

By midday, our spirits were high but cold. We had reached Termales Del Gruta and embarked at a turning which, locals claim, lead to beautiful hot springs. The path briefly takes you past a torrential river and you are left to grip onto a few loose nails riveted into the cliffside as you carefully tread an ever-thinning muddy ledge. It is here, however, next to a powerful river and unbelievable two-tier waterfall rushing down the mountain that welcomes you to a large, natural hot spring where thermal water pours out of the cliffs themselves. A cool mist surrounds the area, yet as cold droplets fall from the overhanging wilderness above, the green mossy cliff steams with heat and the sulphuric water beckons the weary hiker.

As the expected torrential evening rain rolled across the mountain, we found a camping place a further ten minutes climb that even boasted its own thermal pool. As the poncho-clad Colombian walked the hill above, we relaxed in the steaming water as the downpour continued around us.

After a staggeringly cold night, another hot spring leap was our encouragement for the next early climb. The road, now increasingly rugged, weaved up steep corners and through landscapes that were a cross between Jurassic Park and Jumanji: past steaming hot water grids, archaic wildlife and high Andean foresty.

It was at this point that disaster struck.  My trekking partner instantly fell as he struggled to maintain balance and a spinning head. Violent and sporadic sickness followed as we battled to stay calm and control our breathing. After a sleepless night, the reality hit that a hangover-like feeling had been consuming me.

Acute Mountain Sickness is caused by a diminished amount of air pressure that can be found at Colombia’s higher altitudes yet the country’s visitors occasionally talk about headaches in cities such as Bogota with an elevation of over 2,500m. It doesn’t matter if you are male, female, healthy, young or a good climber, altitude sickness can strike at any time and when you least expect it.

The symptoms of altitude sickness can also be hard to detect, especially as a number of medicines advertised to help such as Diamox only mask symptoms rather than prevent them. Alongside the natural Andean remedy of Coca leaves, the only proven method of preventing altitude sickness is to ascend slowly and never more than 500m a day, at which each period it is advised to spend a night to then further acclimatise.

For me, the sickness was not going away. My muscles, deficient in oxygen, ached as they struggled to hold my body weight. By this point, neither hiker could think or respond effectively. The delirium of altitude sickness was beginning to consume us. It was at this point, instead of aiming for the road kilometres ahead and a popular track for milk trucks that could give us a ride, a frustrated yet mutual decision was met that might have just saved our lives. The overbearing weight of our situation had pushed us to turn around and rapidly descend.

As we quickly pushed downwards, my sickness and headaches still continued to plague me and even back in Manizales it took a few hours before it had all felt like a bad dream. In the meantime, however, the best views of Manizales can be appreciated from Mirador Finca Morrogacho.

Altitude sickness is positively no joke. Yet the mysteries and beauty of Caldas’ volcanos await for another day.

This article originally appeared on travel website Hibiscus and Nomada. 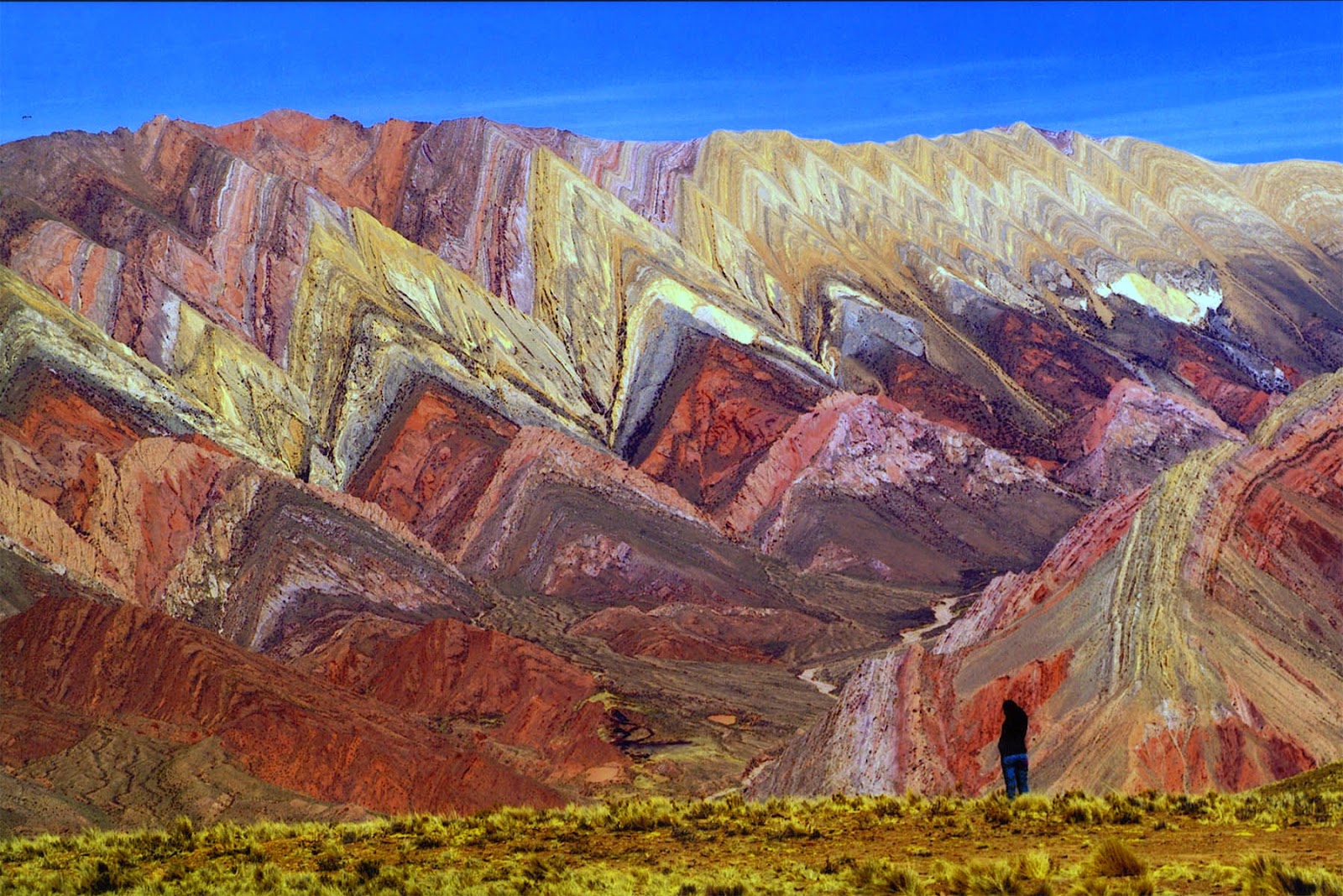 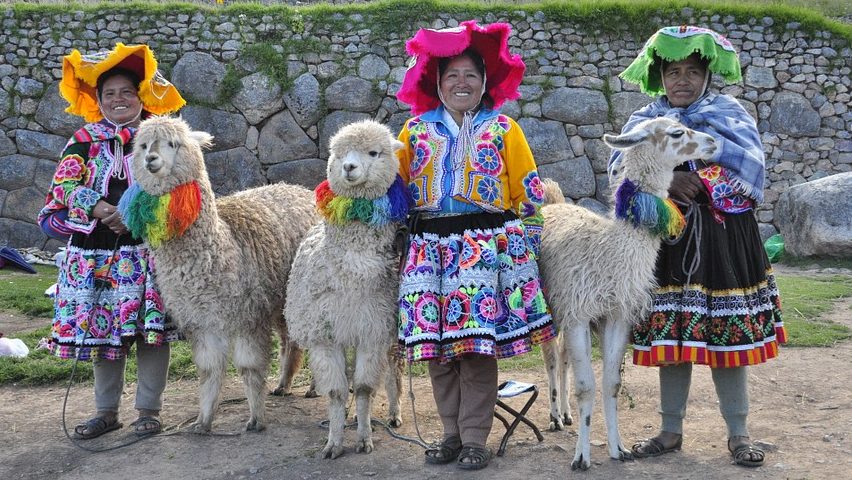